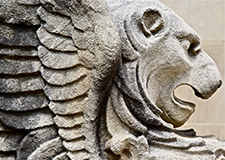 Nir’s work focuses on alternative approaches to multi-asset investing using quantitative methods such as valuation and momentum. With Unison’s founding in 2005, Nir introduced one of the first multi-asset investment managers. Unison’s Equity Bias strategy was twice ranked #1 by Lipper Marketplace in the multi-asset category (based on performance for 5 years ended December 31, 2013 (out of 30) and March 31, 2014 (out of 34)), in addition to numerous other appearances on Lipper Marketplace’s list of Best Money Managers. Nir is a member of the CFA Institute, the CFA Society of Washington, DC and the American Finance Association.

Prior to founding Unison, Nir was an associate at Sullivan & Cromwell LLP, where he represented Wall Street’s largest financial institutions in a variety of transactions, including financings and mergers and acquisitions. Nir began his career as a consultant with Ernst & Young LLP, where he prepared company valuations for proposed mergers and acquisitions. Nir is a graduate of Indiana University (1995) and The University of Michigan Law School (2000), where he was Editor of the Michigan Law Review.

Veer Bhavnagri currently serves as General Counsel to Allogene Therapeutics, a biotechnology company with a mission to catalyze the next revolution of cell therapy through the advancement of allogeneic CAR T therapies for blood cancers and solid tumors. Prior to joining Allogene, Veer was Vice President, Corporate Counsel, at Kite Pharma, a leader in engineered T-cell therapy. Veer was an integral member of the select deal team involved in the sale of Kite to Gilead Sciences for $11.9 billion in cash.

Prior to joining Kite, Veer was a senior associate at Cooley LLP, where he was lead associate on many capital market transactions. Previously, Veer was an associate in the New York and Sydney offices of Sullivan & Cromwell LLP, where he was the principal associate on a number of domestic and cross-border transactions, including the historic registered offering by the U.S. Treasury Department of $20.7 billion of American International Group, Inc. common stock. Veer was also a member of the Australia-based transaction team recognized as 2011 International Firm of the Year by Asian Legal Business and Australian Issuer of the Year by Insto Magazine.

Stuart Blumberg works in film. He wrote and produced the film Keeping The Faith starring Edward Norton and Ben Stiller. He also wrote The Girl Next Door starring Emile Hirsch and Elisha Cuthbert. In 2009, he produced the HBO documentary “By The People: The Election of Barack Obama” and in 2010, he co-wrote the acclaimed Focus Films dramedy, The Kids are All Right for which he was nominated for an Academy Award for best Original Screenplay. He recently made his directorial debut with Thanks For Sharing which will be released the summer of 2013. Before his career in film, Mr. Blumberg worked at Morgan Stanley as an analyst in the Debt Capital Markets division. Mr. Blumberg is a graduate of Yale University with a B.A. in history.

Scott sits on the boards of the Association of Corporate Growth and BluWave. He is also a guest lecturer at Columbia Business School and Fordham Business School.